Dogs are adorable and lovely creatures cherished by everyone in the four corners of the world, except you’re a cat lover or you, unfortunately, have a history with aggressive security dogs. Their association and interaction with man are so impressive that they’ve been dubbed “Man’s best friend”. There are about 340 breeds of our four-legged friends in the entire world recognized by the world governing the body of dog breeds, (World Canine Organization), some of which, like their human counterparts, have decided to take the social media space by storm.

Just when you thought there was nothing else to see in this world, some dog owners have turned Man’s best friend into high-class social media celebrities. Instagram is one of the world’s largest social networks having more than 800 million active users every month liking and sharing over 4.2 billion and 95 million posts per day respectively. Narrowing it down to Instagram, dogs among several other adorable animals are growing their fansbase at astronomical rates.

Some of the most popular animals on Instagram are driving animal lovers crazy with their pictures and videos that go viral almost instantly, sometimes making me worry about my personal withering Instagram account with merely up to 500 followers. In this article, you’ll get to find out about the top 10 famous dogs on Instagram and how these little canines are enjoying their high-class celebrity status appearing in magazines and are the stars of multiple best books.

Maybe you could learn a thing or two from our furry friends!

Below is a compilation of the 10 most famous dogs whose Instagram accounts are flooded with millions of followers, likes and shares by their loyal fanbase. 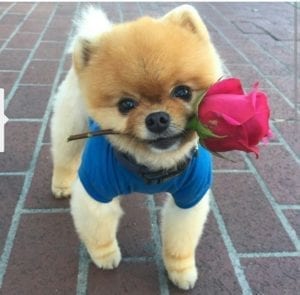 When you think of the cutest dog to ever grace the social media space, Jiff Pom is the first name that comes to mind. Jiff is a Pomeranian, a breed of dog of the Spitz type that is named for the Pomerania region in Germany and Poland in Central Europe. Jiffpom is probably the most famous animal on Instagram and having over 25 million followers across all social media platforms. Just when you thought things couldn’t get more interesting, Jiff Pom has set the record for having the highest number of Instagram followers as a representative of the animal kingdom. Jiff Pom’s celebrity status is astonishing and his owners are probably raking in a lot of money from his huge commercial success. Jiff Pom has raised the bar so high and has set a good example for his other Canine friends to emulate. Jiff Pom also draws inspiration from world-class sprinters by holding the record for the fastest dog to run while standing on two paws. He even featured in Katy Perry’s music video Dark Horse, Legendary! 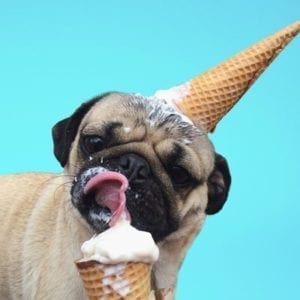 Doug is probably the world’s most popular pug (a breed of dog with wrinkly, short-muzzled face, and curled tail.), boasting a massive 3.2 million Instagram followers, over 10 million followers across all social media platforms, over 1 billion video views and tons of celebrity friends. The dog who lives in Nashville is our second most popular dog on Instagram. His huge commercial success has caused him to be featured on magazines and numerous best-selling books. Doug also featured in  the 2015 music video. All the credit, however, goes to his owner Leslie Mosier who is responsible for all the cool and entertaining photos and images Doug posts every day. 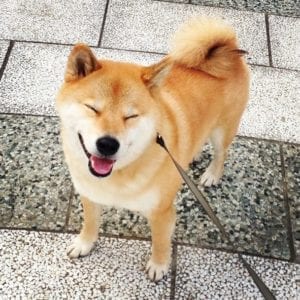 The third most popular dog on our list is Maruto, AKA Maru for short. She is a beautiful Shiba Inu who lives with her owners in Japan and has over 2.6 million followers on Instagram. Even though her popularity started in Japan, she is now a global star and has featured in several books and magazines. Maru’s owner and social media manager Shinjiros started their Instagram account immediately after the 2011 earthquake and tsunami that affected Japan. Little did he expect to get this popular and make money off his dog. 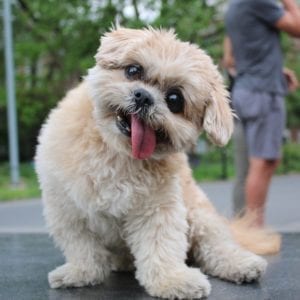 Marnie is the 4th most popular dog on Instagram and it has the most interesting look you’ll ever see online.  This is because her tongue almost always hangs out of the side of her mouth and a previous medical condition causes her head to lean off the head. She now lives a celebrity lifestyle in New York City—meeting a lot of celebrities, and posting viral videos and photos on her Instagram page. Marnie now has a book written about her life titled “Marnie The Dog I’m a Book”, with the main aim of motivating everyone to adopt animals. 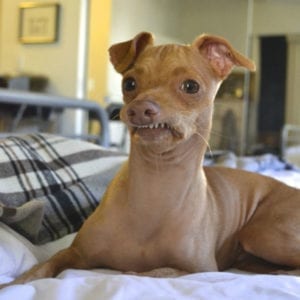 If you haven’t heard about the Chiweenie breed before, then sit back and let Tuna blow your mind. Though Tuna isn’t your average Chiweenie, he is an Instagram superstar. Just so you know, a Chiweenie is a hybrid of the Chihuahua and Dachshund breeds. His proud owner is Courtney Dasher who got attracted to his overbite in 2010 and adopted him. Being the popular dog that he is, Tuna has toured the United States to educate both the young and old on the basics of animal rescue. He also has a book written about him, “Tuna Melts My Heart: The Underdog with the Overbite.” 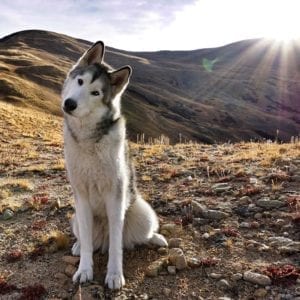 As far as Wolf dogs go, Loki is probably the most popular Wolfdog on social media. He’s an adorable dog and what makes his relationship with his owner Kelly Lund so special is that they flood Loki’s Instagram with photos of their outdoor adventures. This outdoor lifestyle appeals to a lot of people around the world and they have carved out a niche for themselves and he has become a commercial success featuring in ads of some popular automobile brands. 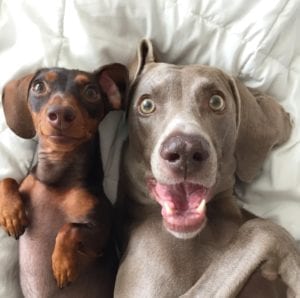 Harlow and Sage are two dogs who have taken Instagram by storm. Harlow is a beautiful Weimaraner breed, and he’s partner Sage (A miniature Dachshund), sadly died in 2013. Afterward, 2 miniature Dachshunds named Indiana and Reese were brought into the celebrity family and. Their owner, Vega, updates their Instagram account daily with photos and videos of the 3 canine friends and they’re loved by millions of people around the world.

8. Maddie from This Wild Idea 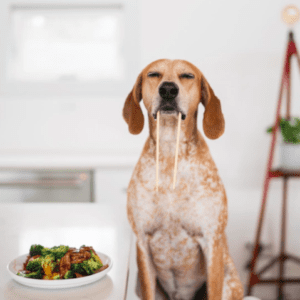 Maddie also lives in Nashville and she is also making waves on Instagram like her other canine friends, thanks to her owner Theron Humphrey’s who started posting pictures of her on his Instagram account @thiswildidea. Theron Humphrey who is a photographer adopted Maddie in Georgia and she soon became the center of attraction on his social media account. Fast forward to 2018 and Maddie is a huge commercial success making money for her owner in the process. 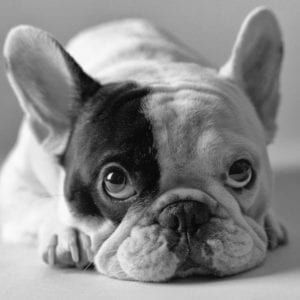 Manny the Frenchie is currently the most popular bulldog on the internet today with a massive 1.5 million Instagram followers. Manny is from Chicago, and his owners Amber Chavez and Jon Huang, only posted photos of him when he was still a puppy for their friends to see. However, things turned out larger than expected and they realized he had celebrity potentials. 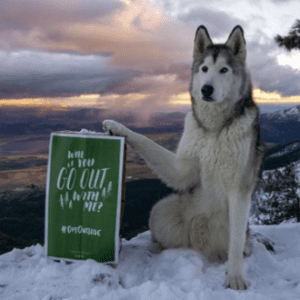 The dog Loki was the star of the Instagram account @lokistagram. Unfortunately, Loki passed away back in 2016. Because of the gap left behind by this adorable dog, his owners (Tim and Viv) decided to replace him with another dog named Bear. Using Loki’s Instagram account, Tim and Viv celebrate both Loki’s life and the adoption of the couple’s new dog and their over 700 thousand followers are enjoying every bit of it. Loki and Bear’s online fanbase has led to their huge commercial success, and Tim and Viv are also animal rescue ambassadors.

Now that you’ve seen the 10 most popular dogs on Instagram and how these our Canine friends are raking in cash and making enough money from their social media presence, below is an outline on the steps to take to make your dog popular on Instagram:

(Visited 2,885 times, 1 visits today)
The contents of the OurFitPets.com website, such as text, graphics, images, and other material contained on this site (“Content”) are for informational purposes only. The Content is not intended to be a substitute for professional veterinarian advice, diagnosis, or treatment. Always seek the advice of your veterinarian with any questions you may have regarding the medical condition of your pet. Never disregard professional advice or delay in seeking it because of something you have read on this website!
Tags:
SHARE THIS PAGE

This is great and amazing! So dogs are now competing for popularity on social media than human do? Lovely to know this great fact. I will need to start making my dog up, perhaps she can someday be popular like Tuna.

Lol. I can relate to that. I have just 2k followers and when I see these pets with their fanbase running into millions, I just want to crawl up somewhere and hide. But they are so cute and looks almost.

Maru is my absolute favorite I’ve been following her for some time now, I even show her pictures to my dog here sometimes. I always just wonder how they’ve built so much following for a dog but thanks for the tips you shared, I will be trying them out when I get in the mood.

A book written about a dog? Lol, what else have I not seen yet. But the title sounds kinda familiar. The Underdog with the Overbite looks like it’s been read online in a book club I belong. The dog is beautiful though.

I follow Marutaro on Instagram and she sure is a beautiful Shiba Inu. I didn’t even know she lives with her owners in Japan. I’ve seen her in several books and magazines and never could tell that she stays in Japan.

Which GPS dog collar to invest in – Whistle 3 or Link AKC Smart Collar?

10 of the best kitten toys

OurFitPets.com is a participant in the Amazon Services LLC Associates Program, an affiliate advertising program designed to provide a means for us to earn fees by linking to Amazon.com and affiliated sites.

Or you can just copy and share this url
We use cookies to ensure that we give you the best experience on our website. If you continue to use this site we will assume that you are happy with it.OkLearn More