By Julie •  Updated: 03/10/21 •  10 min read
Care » Adoption
The contents of the OurFitPets.com website, such as text, graphics, images, and other material contained on this site (“Content”) are for informational purposes only. The Content is not intended to be a substitute for professional veterinarian advice, diagnosis, or treatment. Always seek the advice of your veterinarian with any questions you may have regarding the medical condition of your pet. Never disregard professional advice or delay in seeking it because of something you have read on this website!

Are you searching the Internet for dog names for your newly adopted dog? Are you interested in Rap music? Then we may be able to help you out!

If you’ve run out of inspiration and you love that kind of music, why not consider a name for your dog inspired by Rap? That may seem a little strange, but you may be surprised to find just the perfect name that fits your fur baby!

We’ve created a list of Rap dog names for you. But before we get to the list, let’s take a look at Rap music and how it’s evolved.

1). The first two successful commercial rap albums were Rappers’s Delight (1979) by The Sugarhill Gang’s and The Breaks (1980) by Kurtis Blow.

2). Rap music has been called polycultural, which means that it comes from a blend of ethnic and historical traditions.

3). The bestselling rap album of all time was Outkast’s Speakerboxxx/The Love Below (2003). Coming in at number two is The Marshal Mathers LP by Eminem.

4). Rap was once considered a dangerous fad or fringe music; however, over time, Rap music ahs become a part of modern American mainstream music.

6). The fastest rapper is Twista, according to Guinness World Records. Back in 1992, Twista was able to rap 11 syllables in only one second!

OK—there you have it! A little bit of history on the Rap music genre! Now, let’s get to those dog names we promised!

Here are some great choices for boy dog names inspired by Rap!

1). Andre: this name comes from Andre 3000, who belongs to the group Outkast.

2). Beatie: this is a name that comes from a group named the Beastie Boys. This might be a cute name for a large dog, such as Bulldog or St. Bernard.

3). Bronson: this name comes from Action Bronson, who is an American Rapper, writer, chef, and TV presenter. His real name is Ariyan Arslani. Bronson would be a great name for a small dog that has a very strong personality.

4). Busta: this name comes from the Rapper named Busta Rhymes (real name Trevor George Smith, Jr.). He’s a singer, record producer, actor, as well as a record executive. He got the name “Busta” after the wide receiver George “Buster” Rhymes in football. He’s received 11 Grammy nominations for his work.

5). Chance: this name is inspired by Chance the Rapper (real name Chancelor Johnathan Bennet), from Chicago. He’s also a songwriter, record producer, activist, actor and philanthropist. His first album 10 Day was released in 2012, and he went mainstream the next year.

7). Cypress: this is the name of an American hip hop group, Cypress Hill, which comes from South Gate, California. They were the first hip hop Latin-American group to sell multiplatinum and platinum albums.

8). Diddy: this name comes from a Rapper called Puff Daddy, P. Diddy, Puffy or Diddy. His real name is Sean John Combs. As well as being a Rapper, Diddy is a songwriter, record producer, record executive, entrepreneur, and an actor.

10). Fiddy: this name is inspired by the Rapper known as 50 Cent (real name Curtis James Jackson III). This would be a really cute name for a small dog such as a Chihuahua or even a Poodle.

13). Griff: this name comes from a rapper named Professor Griff, of the group Public Enemy.

14). Hammer: this name is inspired by the rapper MC Hammer (real name Stanley Kirk Burrell), who is a rapper, dancer, record producer and entrepreneur.

15). Herc: this name comes from DJ Kook Herc (real name Clive Campbell), who is credited with starting hip hop music in the Bronx back in the 1970s.

16). Jeezy: this name is inspired by Young Jeezy (real name Jay Wayne Jenkins), who is a rapper, singer, songwriter and actor.

17). Kendrick: this name is inspired by Kendrick Lamar Duckwork, who is a rapper, songwriter, and record producer.

19). Quik: this name comes from the rapper DJ Quik (real name David Marvin Blake). He’s well known for being able to quickly produce record, which is why he’s named “Quik.”

23). Tupac: this name is inspired by a rapper known as Tupac (real name Tupca Amaru Shakur). He was an American rapper and actor.

24). Wayne: this name is inspired by the singer Lil’ Wayne (real name Dwayne Michael Carter, Jr.). He’s a rapper, songwriter, entrepreneur, and actor. He’s considered to be one of the most influential hip hop artists of his time.

25). West: this name is inspired by rapper Kanye West (real name Kanye Omari West). He’s considered one of the most influential artists to make rap more mainstream in this century.

Here are some great names for girl dogs inspired by female rappers.

26). Aaliyah: this pretty name is inspired by Aaliyah Dana Haughton, who is a singer, actress and model. She’s known as the Queen of Urban Pop.

27). Azealia: this name comes from Azealia Banks, who is an American rapper, singer, songwriter and actress.

28). Erykah: this name is inspired by Erykah Badu (real name Erica Abi Wright), who is a singer, songwriter, record producer and actress.

29). Boo: this name is inspired by Gansta Boo (real name Lola Mitchell), who is an American rapper.

30). Cardi: this name comes from Cardi B (real name Belcalis Marlenis Almanzar), who is an American rapper, songwriter and actress.

33) Gucci: this name comes from Gucci Mane (real name Radric Delantic Davis) who is an American rapper. If you have a purebred dog, this might be a great name for her! It’s also the name of the famous fashion designer!

35). Lauryn: this name comes from Lauren Noelle Hill, who is a singer, rapper, songwriter, and record producer. She’s considered one of the greatest rappers of all times.

39). Soul: this name is inspired by the group called De La Soul, which is a hip hop trio from New York. They are famous for their quirky lyrics and for their contributions to jazz rap and alternative hip hop genres.

42). Jean: this is the name of Jean Grae (real name Tsidi Ibrahim), who is an American rapper, record producer, actress, and comedian.

44). Brooke: is the name of Brooke Candy, who is an American rapper, singer, songwriter, director, and fashion stylist.

46). Lumi: this name comes from Lumidee Cedeno, who is an American rapper, singer, and songwriter.

47). Kamaiyah: this name is inspired by Kamaiya Johnson, an American rapper and singer.

48). Nitty: this name is inspired by Nitty Scott (real name Nitzia Scott), who is an emcee from New York.

50). Trina: this is a name that comes from Trina (real name Katrina Laverne Taylor), a rapper, singer, songwriter and TV personality.

What is Rap Music?

Rap music has become one of the most popular music genres in the US! You may be surprised at how it even began. But first, let’s take a look at what this type of music is.

Rap music is a type of music that includes instrumentation that accompanies a spoken rhyme delivered to the beat of the accompanying instruments. Rap music is actually a part of the hip-hop culture, which includes break dancing, graffiti art, spoken words, and beats that you can’t help but enjoy.

It’s thought that Rap has prehistoric roots that go all the way back to West Africa. For centuries, people in this part of Africa used rhythm to tell stories accompanied by a drum. This was carried to the Caribbean and the US, where it eventually evolved into a new music genre called Rap.

Rap music usually implements a simple loop of music in the background, which accompanies the spoken word.

Rappers are those who perform Rap music. They became very popular in the 1980s. Rappers are people who are able to use a variety of sounds and styles and deliver their music with flow and clarity. The most famous rapper in the 80s was Run DMC. They were the first Rap group to be featured in Rolling Stone Magazine, and the first to receive gold, platinum, and multiplatinum record albums. Run DMC was also the first group to be featured on MTV.

There you have it! Some dogs’ names that come from some of the greats of Rap! We hope you’ve found a great name for your dog in this list! 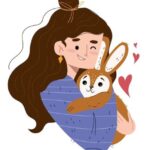 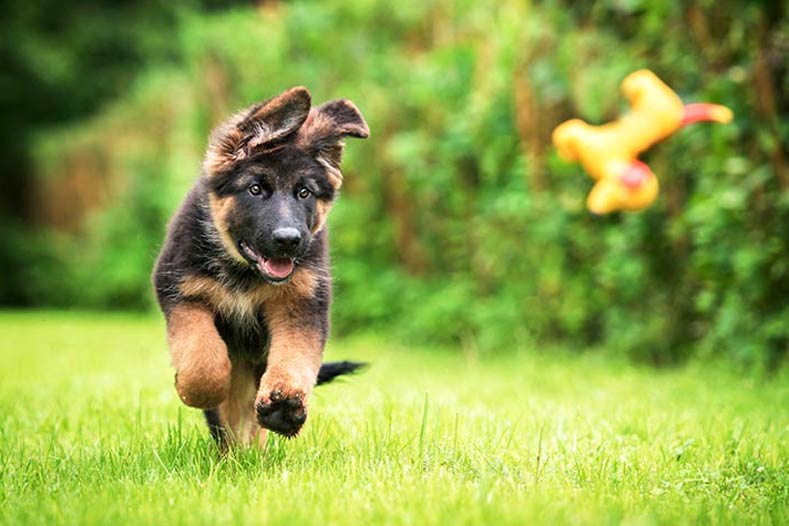 50 Dog Names Ending in B 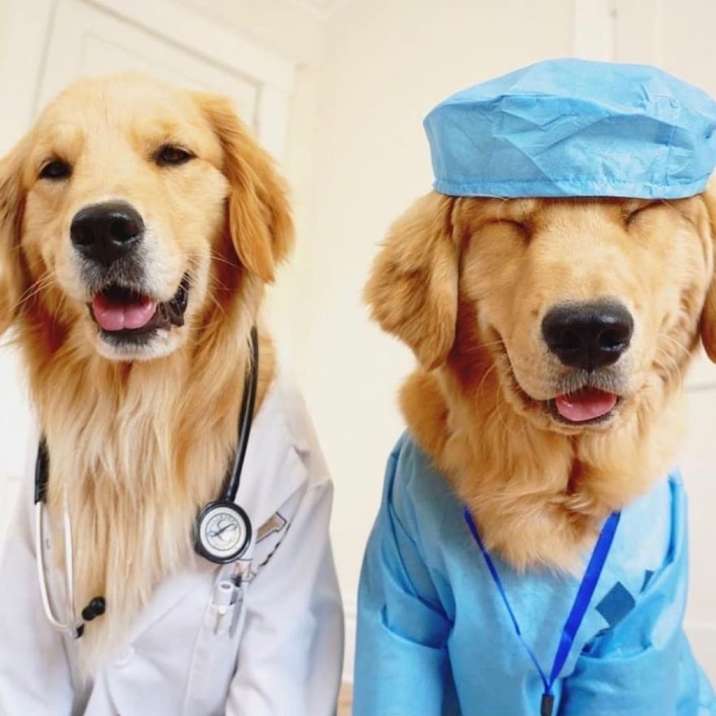 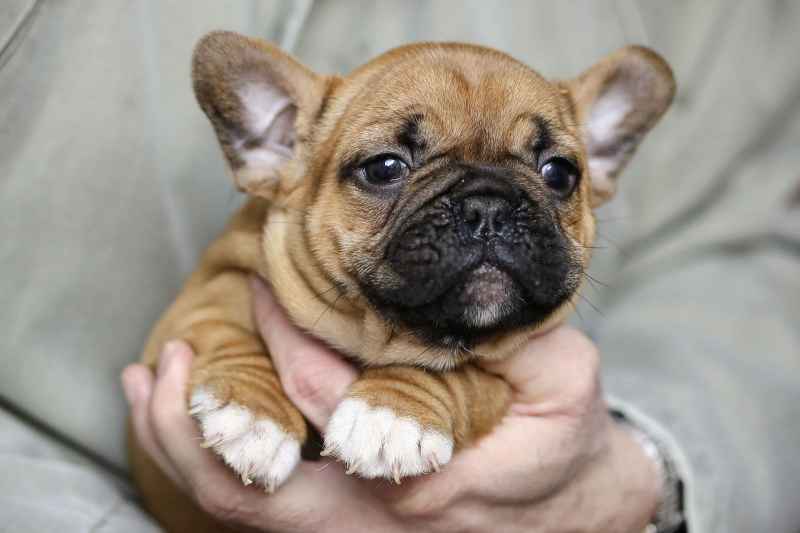